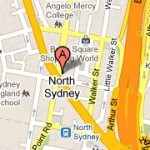 I called Nexus Locksmiths on Sunday afternoon after trying two other companies who didn’t answer their phone. I was pleasantly surprised that I got straight through to their 24 hour North Sydney locksmith, and whats more, he arrived within the hour. He replaced my front door lock first visit, and he had the same gold coloured lock in stock. The good thing was that when I called their North Sydney locksmith he was very understanding , sympathetic and sounded like he knew what he was talking about. I was worried that I would have to wait till Monday to get someone out but thankfully Nexus Locksmiths offer a genuine 24 hour service. If they couldn’t have made it the same day I would have had to keep calling around which gets really frustrating. Thanks for the peace of mind. I appreciate the quick response and it’s good to know you keep a wide range of locks in stock – I am handing out your cards to my neighbours –

We were locked in our unit at 11:30 at night, the handle would turn but it wasnt retracting the latch, so we got on the Internet and searched for a 24-hour emergency locksmith in North Sydney. Nexus locksmiths weren’t the first company that we called, but they said they would have someone there in half an hour, which sounded good, and they actually did. The locksmith was able to unlock our door, which was made a little harder as I had a go at it my self for an hour with a hammer and screwdriver and bent the latch in the process; nevertheless they resolved it within the hour. A replacement lock was installed that night, which was good because we were leaving for Canberra the next morning. They arrived in the time they said they would and they solved all the dramas on the one call out. Good to know you are there when we next need you, thanks Nexus Locksmiths – your after hours service is top notch.

Security tip: If you have an office or commercial premises and need to issue keys to employees then you should consider a restricted key system. A restricted system offers increased security because the keys cannot be duplicated without your written consent. It also saves on the cost of rekeying when an employee leaves. A more secure option yet again is access control. With access control added benefits such as time zones can be incorporated. Time zones restrict a users access to specified time periods, outside of these times the swipe card wont work. With access control all information can be retrieved from an activity log including the times at which specific users were granted or denied access to certain doors.